Skip to content
This site uses cookies - there is more information on how and why we use them here.CLOSE

Dame Judi Dench is one of Britain’s greatest-ever actresses. Born in York, her long and varied career has taken in everything from the great Shakespearean roles to television light comedy and musical theatre. Equally brilliant on stage or on the screen, she has been nominated for an Academy Award seven times and won the Oscar for Best Supporting Actress for her performance as Elizabeth I in Shakespeare In Love. As a racehorse owner she had her biggest success when Smokey Oakey won the 2008 Lincoln Handicap at Doncaster. 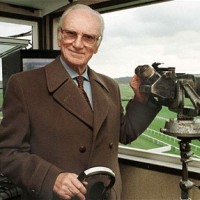 Sir Peter O’Sullevan was the BBC’s horse racing commentator for 50 years and racing correspondent for the Press Association and later the Daily Express. Universally known as the “Voice of Racing”, he was knighted for his services to racing and broadcasting in 1997. Sir Peter was instrumental in the early set up of the BTRC and continued to offer much-valued financial support to the Centre and five other welfare charities through the Peter O’Sullevan Charitable Trust. 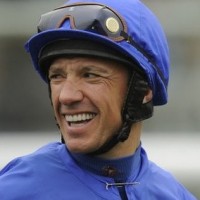 One of the greatest and most charismatic jockeys to grace the British Turf, Frankie Dettori remains one of the biggest stars of British racing. He earned a lasting place in racing history when landing his ‘Magnificent Seven’ by riding every winner at Ascot on Queen Elizabeth II Cup day in 1996. Frankie lives near Newmarket with wife Catherine and their five children. 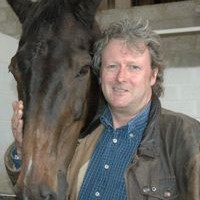 Actor Charlie Lawson is a long-standing supporter and fund-raiser for the BTRC. Well known for his role as Jim McDonald in Britain’s favourite soap ‘Coronation Street’ he named the TRC as his charity in 2014 when winning the top prize on the TV show ‘Celebrity Family Fortunes’. These days, he devotes much of his time to running his farm shop in Cheshire with partner Debbie. 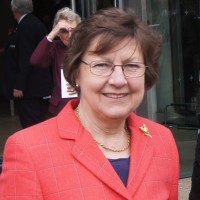 For many years Dinah Nicholson was the unwavering support for her late husband David ‘The Duke’ Nicholson as he became one of the top National Hunt trainers in Britain during the 1980’s and 90’s. As a couple they were keen supporters of the BTRC from the early years and Dinah’s enthusiasm and dedication to the future welfare of retired racehorses remains as strong as ever. 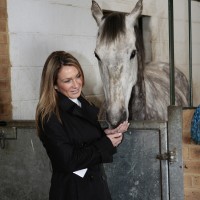 Louise Owen has been passionate about horses all her life and trained dressage horses to a high level before turning her attention to the thoroughbred. With her husband Michael, the former England international footballer, she set up Manor House Stables in Cheshire and is particularly keen to ensure horses enjoy a great life after their racing careers are over. 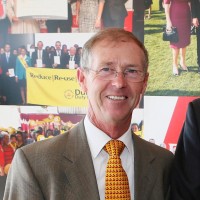 Ulsterman John Reid, one of the most stylish jockeys of his generation, came to prominence when winning the King George VI and Queen Elizabeth Stakes on Ile de Bourbon in 1978 and remained at the top of the tree for almost 25 years in which time his big race wins included the Derby, the Prix de l’Arc de Triomphe and the St Leger. He is now a qualified jockey coach based in Oxfordshire. 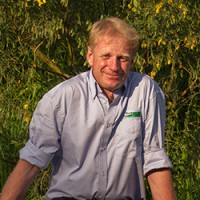 Gordon Sidlow qualified from Glasgow University in 1984. After 12 years working as a farm and equine vet in mid – Devon he was appointed as the first equestrian vet for the Hong Kong Jockey Club. As such he was responsible for the veterinary care of around 500 retired thoroughbreds in HK riding schools and overseeing the rehoming of around 1000 more in equestrian stables in China. He has worked as a treating vet at the Beijing Olympics in 2008 and has served as FEI Veterinary Delegate at a variety of 5* competitions in both Asia and Europe. Since returning to the UK in 2009 he now runs an equine practice in Devon and still visits retired racehorses in China on a regular basis.

One of the top trainers of his generation, Yorkshire-born Mark Tompkins has been a leading figure at Newmarket for more than 30 years. He has trained over 1000 winners Flat and Jumps and enjoyed Classic success when Bob’s Return won the St Leger in 1993. One of the great innovators, Mark takes a great interest in the futures of his former stars and keeps a regular update of their progress on his website. 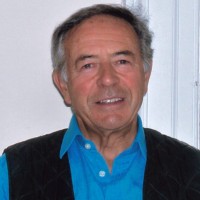 The Right Honourable the Marquess Of Zetland

Lord Zetland has been involved in racing for many years as an owner and official. A member of the Jockey Club since 1982, he was a founder director of the British Horseracing Board (now the BHA) when it was set up to run British racing. He has a long-standing association with Redcar and as a director of International Racecourse Management is involved with Catterick, Thirsk and Wetherby as well as helping the development of racing internationally. He has supported BTRC from the early days.

John Sexton joined the BTRC Board in 2009 and became Chairman in August, 2015. John spent much of his working life in horse racing journalism and is a former Racing Journalist of the Year and served as President of the Horserace Writers and Photographers Association for 10 years to 2004. He is also Chairman of Go Racing In Yorkshire and provides the PR and raceday presentations for Cartmel Racecourse.

Along with Chair, John Sexton, the BTRC is governed by a Board of Trustees. The present Board consists of 6 members: